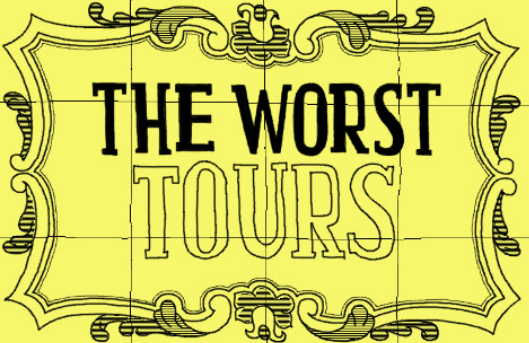 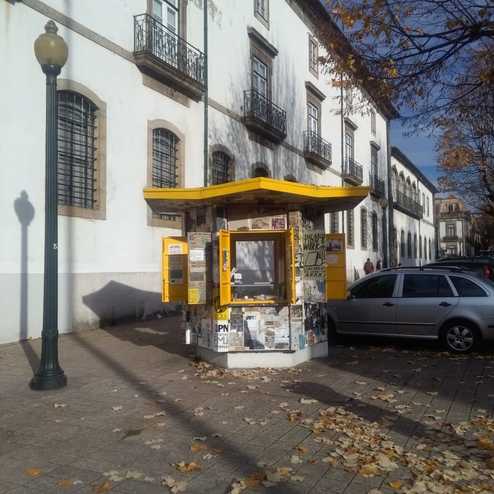 Once upon a time, there was a small, derelict one square metre of a kiosk, on a corner with bad reputation across from São Lázaro garden, there where Avenida Rodrigues de Freitas and Rua D. João IV meet. It had been a news stand, and was closed for a few years already, and once it was occupied breefly by someone offering cake!!. It wasn’t ‘useless’, because people in town, associations and collectives, used it’s outside to glue posters, of parties and concerts to come. But it needed attention and purpose. So, when we organized our association, we asked the city hall to rent it, aaaand after a year or so we signed the contracts and renovated it DIY (one month and one week of demolitions, plastering, installing, prepping and painting, complete with 3 new metal windows done in a professional metal workshop close by) and opened it - and it's outside is probably the only legal place around to glue posters, an informal info-point, and we need those, if the city expects clean granite and tile buildings.

Probably, it's the worst kiosk in town (it's got no tabacco, no games and 'raspadinhas', no mainstream newspapers or chewing gum) - we filled it with zines, and puzzle models, and poorly drawn badges. When it closes, it still is the place to glue posters about stuff happening in the neighbourhood, an info point. when it’s opened there’s a archi-doodler inside, distributing maps and flyers, inviting people to these lame tours,  talking with passers by, and drawing on the rest of the time (more zines and flyers and posters and models and badges and stuff). You should totally stop by to say hi if you’re in porto. 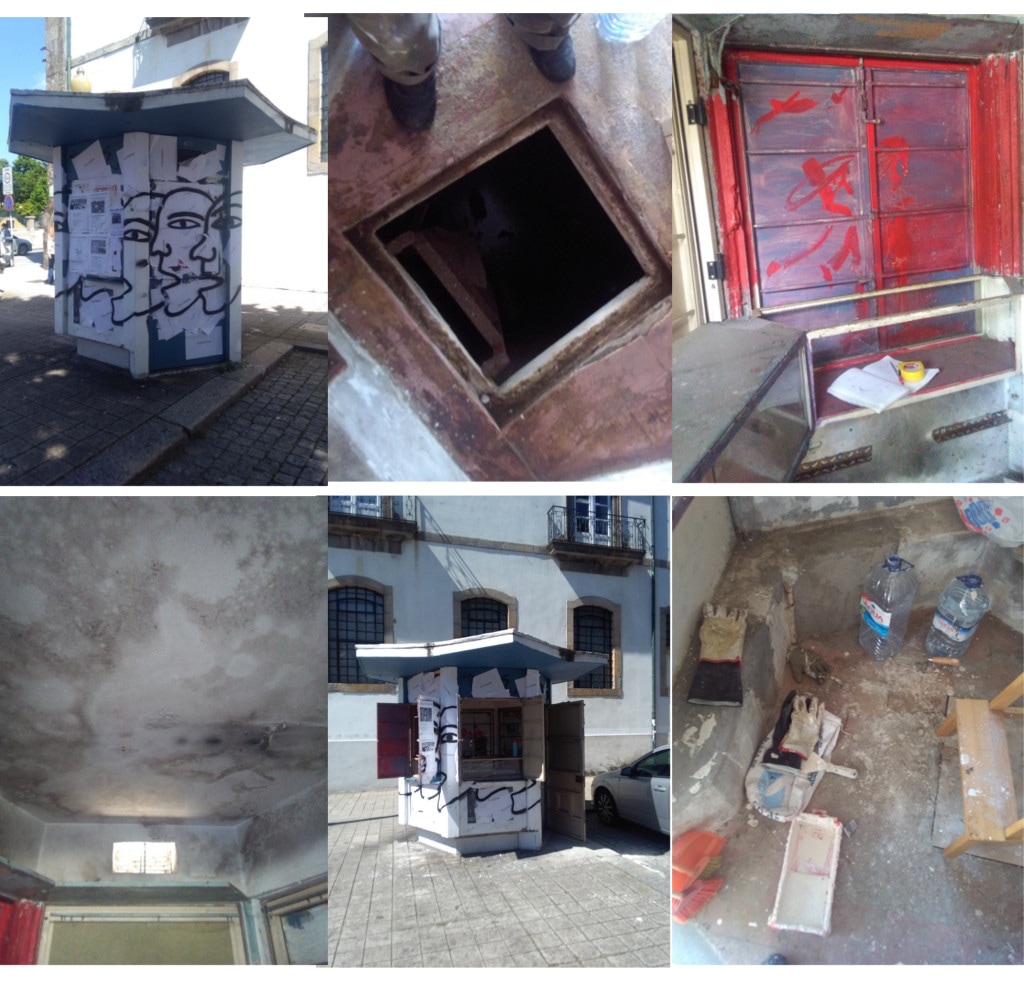 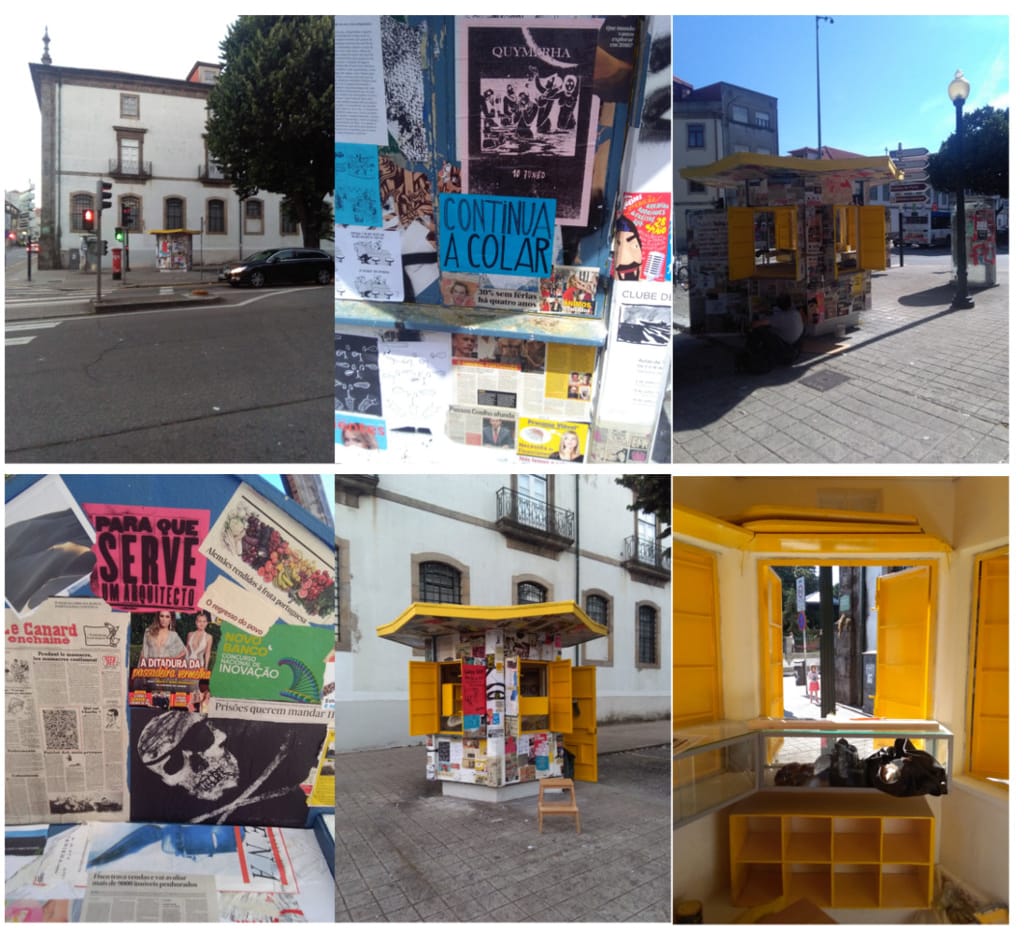 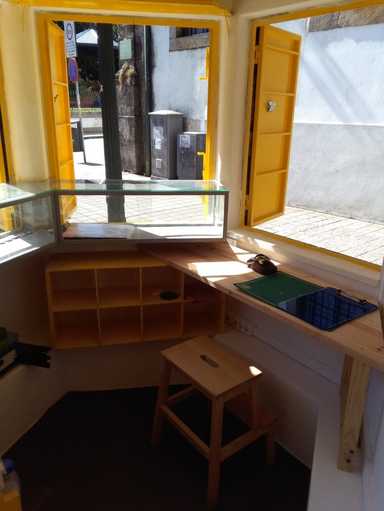 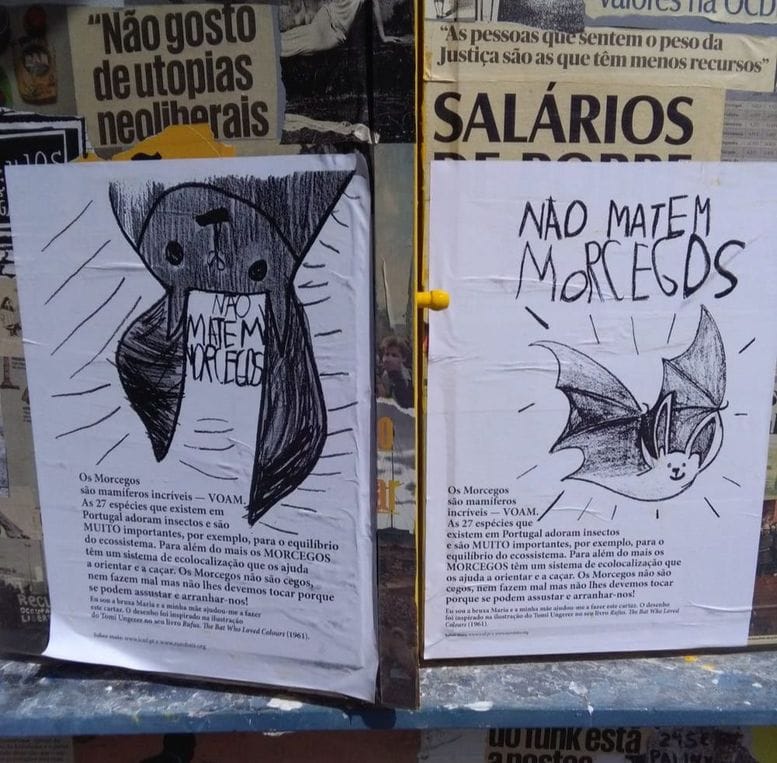 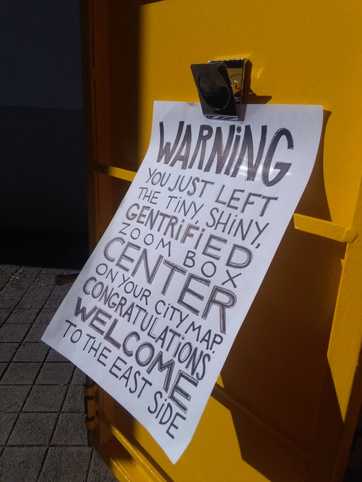 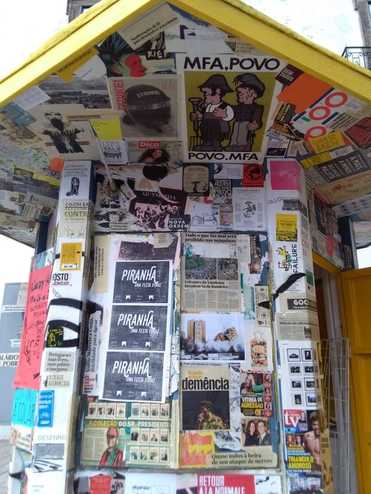